Presentation from the Ignacio Larramendi Foundation 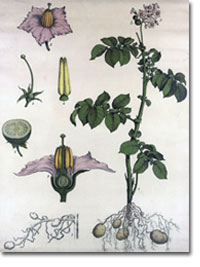 Although all the virtual libraries that are being created at the Ignacio Larramendi Foundation are, in my opinion, of the highest interest, I must admit that the virtual library, which is dedicated to polygraphs that have distinguished themselves from a scientific and technical point of view in what was classically known as 'the American venture', is particularly dear to me.

For many years I shared with my husband his Americanist vocation, which has been widely demonstrated since the start of the MAPFRE-América Foundation's projects to the last of the MAPFRE-Tavera Foundation's projects. For this reason, dedicating a specific space to those who contributed so prominently to Spanish and Portuguese action in the Americas seems to me to be extraordinarily timely and useful.

As the reader will see, this Virtual Library contains ten or so authors who allowed coastal navigation to take place. The great treatises of navigation, often hand-written, which strategically contained very valuable information, were the ones that allowed the Spanish and Portuguese navigators to cross the seas and oceans to reach America before other nations and to establish safe routes and paths.

Not only did they reach America, but they circumnavigated the Earth's sphere, thus allowing the creation of the first global cycle in human history that has only accelerated in time. The Nao de Manila is a clear example, but it would never have been possible if Andrés de Urdaneta from Guipuzcoa had not discovered and documented the so-called 'tornaviaje' (return journey) that established the route between Acapulco and Manila.

Naturally, all these sailors based their experience on a first-class cosmological, cosmographic and mathematical background, not always recognised to the extent that it should be, although it is impossible to carry out such risky and difficult navigations without this knowledge. The Virtual Library of Science and Technology in the American venture brings together and facilitates access to manuscripts, maps, atlases and monographs that perfectly document this knowledge.

The Virtual Library of the School of Salamanca showed how the encounter with the American reality provoked a process of philosophical, legal and political reflection that completely renewed the ideas on the law of nations, international law, political economy and human rights. Well, the encounter with the American reality also aroused the interest of Spaniards and Portuguese, as well as Creole Americans, in the knowledge of the human and social reality of the Native Americans.

As a result of all this, excellent anthropological and linguistic studies were published with a trailblazing methodology and pioneering interest, which disseminated the respect and interest with which the peoples of the Iberian Peninsula studied the Native Americans, much better and much earlier than other European nations. Once again, the Virtual Library of Science and Technology in the American venture will allow the reader and the curious to check and compare all these trailblazing studies of most of the social sciences.

Finally, although the material is truly inexhaustible, the flora and fauna of America, and also that of Asia, since, as has already been said, the advances in navigation and cosmography had established safe routes to reach the East, aroused the interest of the Spanish and Portuguese who produced extraordinary works in the fields of botany, zoology and mineralogy.

These works, although less well remembered now, had a very considerable impact, as could not be otherwise, on the European wise men, as they presented a whole natural history radically different from that known and subject to new classifications, and had a great influence on European science in the 16th, 17th and even 18th centuries.

This is how Linnaeus (1707-1778) had to send his disciple Pehr Löfling to study the collections that Francisco Hernández had collected and which remained partially unpublished in the Monastery of El Escorial, where one of the greatest polygraphs of all times, Arias Montano, prepared a very influential classification system, highlighting the morphological characteristics that today seem to us to be most significant and that places him in a very high position as a biologist.

This new Virtual Library of Science and Technology in the American venture, which would have pleased Ignacio Hernando de Larramendi so much, was created to make this entire scientific and technical heritage known in the easiest way and using the most advanced computer techniques developed by DIGIBIS.